Am I gonna start this post with another alrighty? Yes I am.

Alrighty, second to last day already. And excuse my mood that day. It was ridiculous. Little warning now before you stop reading, scrolling straight to my awesome pics: whatever you do, do not walk to the fucking plane wreck by the beach. That’s the warning. If you wanna know why, you gonna have to keep reading. Bob decided to make this last one cloudy and rainy and miserable. I mean it was fine cause after a couple of days the landscape doesn’t impress you as easily anymore. It takes something like a jokulsarlon to make me speechless by now. The green hills are nice but because we were on a our way back and there really only is one road we did already see those exact green hills.

The Belgian guy had seen a picture of a canyon on his friends Instagram. It did look impressive. So after breakfast that was where we were headed. Name: I don’t remember I’m sorry. It’s only 9:30 in the morning (I’m such a good blogger, starting to write in the morning not at 11:30 pm. Fine I’m in the waiting room at the doctor’s and there’s no wifi.) I might go ask the belgian guy for the name. We’ll see. Anyway we walked up there partly in the rain. And I mean it was nice and if we had done that on the way there I think we would have been well impressed. I think it was just harder to wow us now. Took one picture and headed back to the car. Another reason for our semi- enthusiastic reaction may have been the weather. After 2 fantastic days it was raining again. Our plan was to get as close to Reykjavik as possible and then spend the last day in the city.

For lunch we wanted to have one last nice view, which kinda happened but not really because it was so cloudy. We went up the the church in Vìk again, made soup and toast and “enjoyed” the view over the black beach. You could tell that the belgian guy was tired but we only had one last stop on the itinerary before finding a campsite.
A plane wreck by the beach.

When we turned up in the parking lot there were like 30 cars or something, which we kinda hated. We took our phone and went to the path that lead down to the beach. Next to it a sign warning of any emergencies that could happen and the duration if the walk. “3-4 hour hike”. 3-4 hours! We’re we really gonna spend our last day on the road walking through a deserted area with a million tourist and no sight of anything (not the plane either) anywhere. We weren’t gonna until I said this and I quote: “We’re such good adventurers.” That made him wanna go, so we packed an apple, a granola bar and water for our 4 hour hike. We walked and walked and guess what. Walked. 42 minutes later we reached a tiny plane that was empty inside and a little damaged in the front. With it came about 40 tourists climbing around on it taking cheesy pictures. The highlight, that I ended up watching for several minutes, were 2 Indian people taking their wedding pictures on top of the plane. Their wedding pictures on a wrecked plane. What a great future that will bring. I will draw it for better understanding. 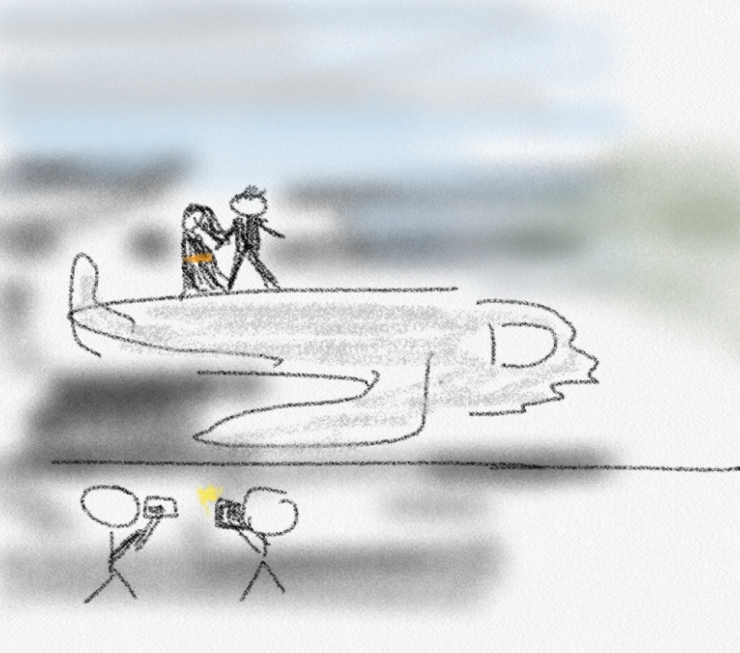 That’s pretty spot on if I do say so myself.

She wore high heels and like a flowy dress. Looked well weird. Don’t know not a fan. While I stood on the side, silently judging the photo shoot the belgian guy made friends from France I believe. The way back took me what longer while the belgian guy basically sprinted down the path to the car. I met some Australians on the way. Gotta say, you folks are hard to understand.

It was like 5pm when started driving (well the very exhausted Belgian guy drove I was on phone holding duty) to a campsite 45 minutes away from Reykjavik and like an hour from the plane. Don’t know the name don’t wanna know the name. I mean it was fine in the backyard of some guesthouse. But there was no scenery. We made mac n cheese (I got to cook and operate the camping cooker for the first time while he was taking a shower. Think he didn’t trust me around an open flame.) for dinner and while I washed up and then read my book that I had finally gotten back after 1 year, the Belgian guyd walked to a shop to get some beer, chips and food for the airport. 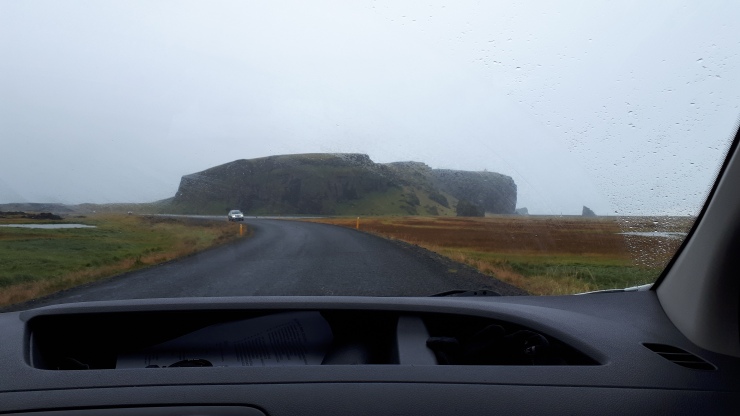 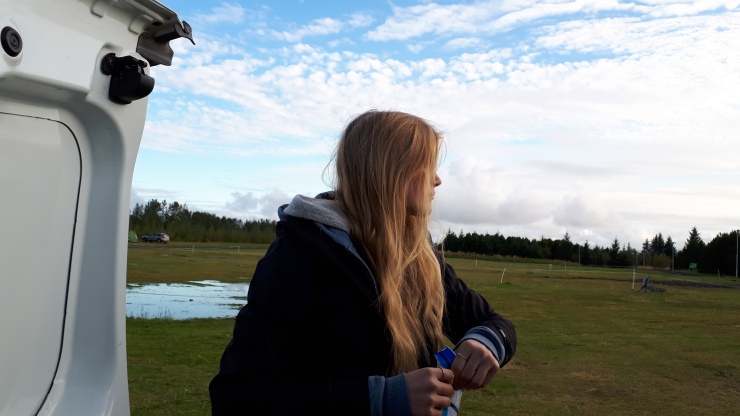 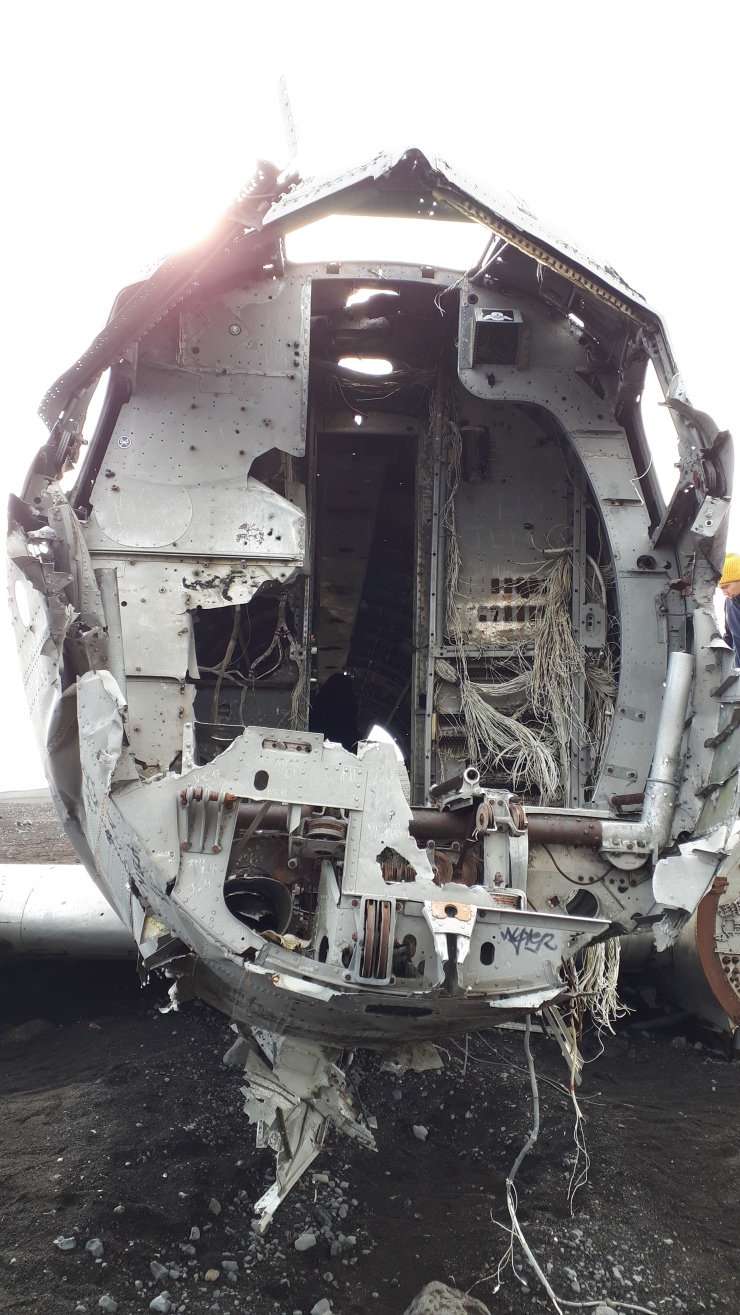 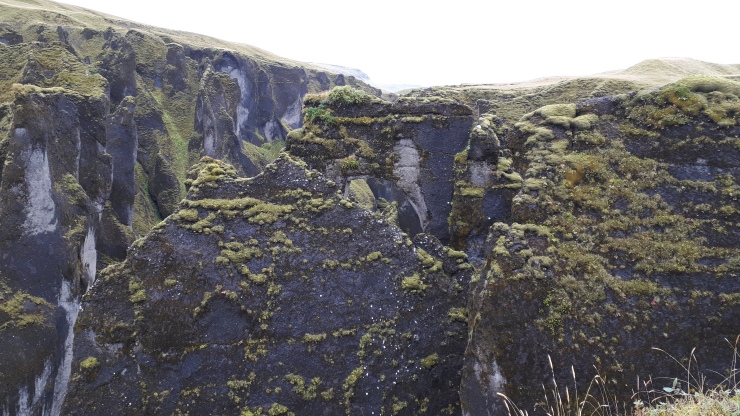