Boy do I have stuff to talk about. A lot has happened within 11 days and it’s sunday now, March 11, 14:34 and I’m still in bed. I don’t remember too much of what happened the last 11 days because frankly, I was drunk a fair amount of them. But what I do remember is the following.

It started on March 1, so the first day I didn’t document. I was working at the office, as usual, and then had the Lasertag student activity that I was dreading to go to, cause I didn’t know the 10!! boys that signed up and I never played before idk. Well anyways turned out to be the best thing ever and was so much fun!! What d we learn- always try new things, that scare you they might turn out great. I’m so wise. We made 2 teams and and after 20 minutes it was over. I lost, obviously, but still great fun. After I was ready to go home when the Italians tell me, like, ”hey we got a table at vip pizza, do you wanna come?” And I’m like hell yes , thinking how cool I am to myself cause that’s a great cofidence booster. Because we had 2 more hours until the reservation, we went to a pub and got beers first. Two beers later, and I have a giant italian bufalina (?) pizza in front of me, which was delishhh. Because I was sitting at the italian end of the table, we got red wine to go with it. DON’T MIX BEER AND WINE PEOPLE. I was fine tho, maybe slightly tipsy. After dessert, we went to a couple more pubs and I think that may have been the day I was introduced to Jägerbombs, aka my new favorite.

March second, I got to go to the office 2 hours later because I did the student activity. Losly translated: I got to sleep longer because I had the best fun ever. Didn’t have much to do that day, but in the evening I met up with one of my german friends, and one of the Italians from the day before tagged along. We went to the sidewinder bar – still no banana beer- and got some beers. After Tuaka and Tequila this very drunk woman, who’s 9 year old son, is at is dads tonight, came to our little booth. She was hella weird.

On Saturday we got a new roommate from Greece, and with her the shit crazy I don’t have words to describe what’s happening part of the 11 days begins.

Those are the words I found fit the best to describe the following situation the best. I will copy// paste this story from a whatsapp conversation I had with the belgian guy (oh he’s back btw).

Right so the last month she was a normal human being and we would talk like how are you and blaah and then last weekend we get a new room mate from greece don’t know there names so we’ll call them greek and drugs 🤷‍♀ and on like wednesday we’re in the kitchen (yes I cooked!) and drugs starts yelling at greek accusing her of steeling her phone and keys and I’m like wtf and ask her why she would steal the keys when she got them herself you know we live in the same house?! And she’s saying she felt greek stealing the stuff from ger pocket when she came into the kitchen. Where dies she find her phone and jeys later that day? In her wardrobe!!
And then this morbubg absolut ahs asylum crazy: I’m woken up by freaking drugs knocking on ny door but that’s not all cause after being confused af she tries to get in but it’s locked so she keeps knocking and me being hungover like crazy no idea what’s happening ooen the door and she’s like have you noticed anything weird lately and I think you mean like you going absolutely crazy and she thinks there are thieves in the house because something was weird with her food and I tell her like wut😑 you woke me up for that?! And after I heard her knocking on every room in the house.

Wtfff I’m so scared omg she’s yelling in her room and making like really weird noises sounds like crying or something but she’s talking to herself this is so scary.                      She just slammed her door shut and went downstairs yelling “going to the fucking kitchen in this fucking house” again and again.

She knocked on my room again asking me if I stole her phone and she said she called the police!!

Omg she just came out , f her room talking to herself “found my phone someone must have put it back into my room when I was out”.

I don’t kniw what to do this is so scary she’s convinced there are thieves or something. 😩

So yes that’s basically what happened, if anyone has any suggestions, regarding the crazy roommate, please tell me, I really don’t know what to do!!

OH I just remembered now, that I was sick for on tuesday and wednesday (we sat on the beach at night in the freezing cold. Still a great day tho) So yeah that happened and I still went out on Tuesday to watch psg (lose AGAIN) against real madrid again. Whoops.

And yesterday I went to an American Diner, which was great. It’s right by the seafront and the food was delishhh. So can highly recommend that. I had the Falafel and Spinach Burger. And Elvis was playing in the background 95% of the time. 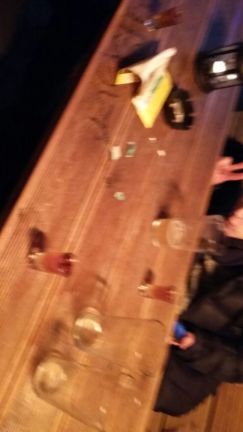 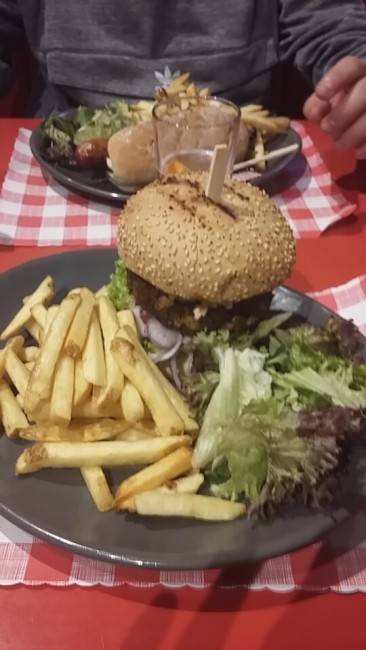